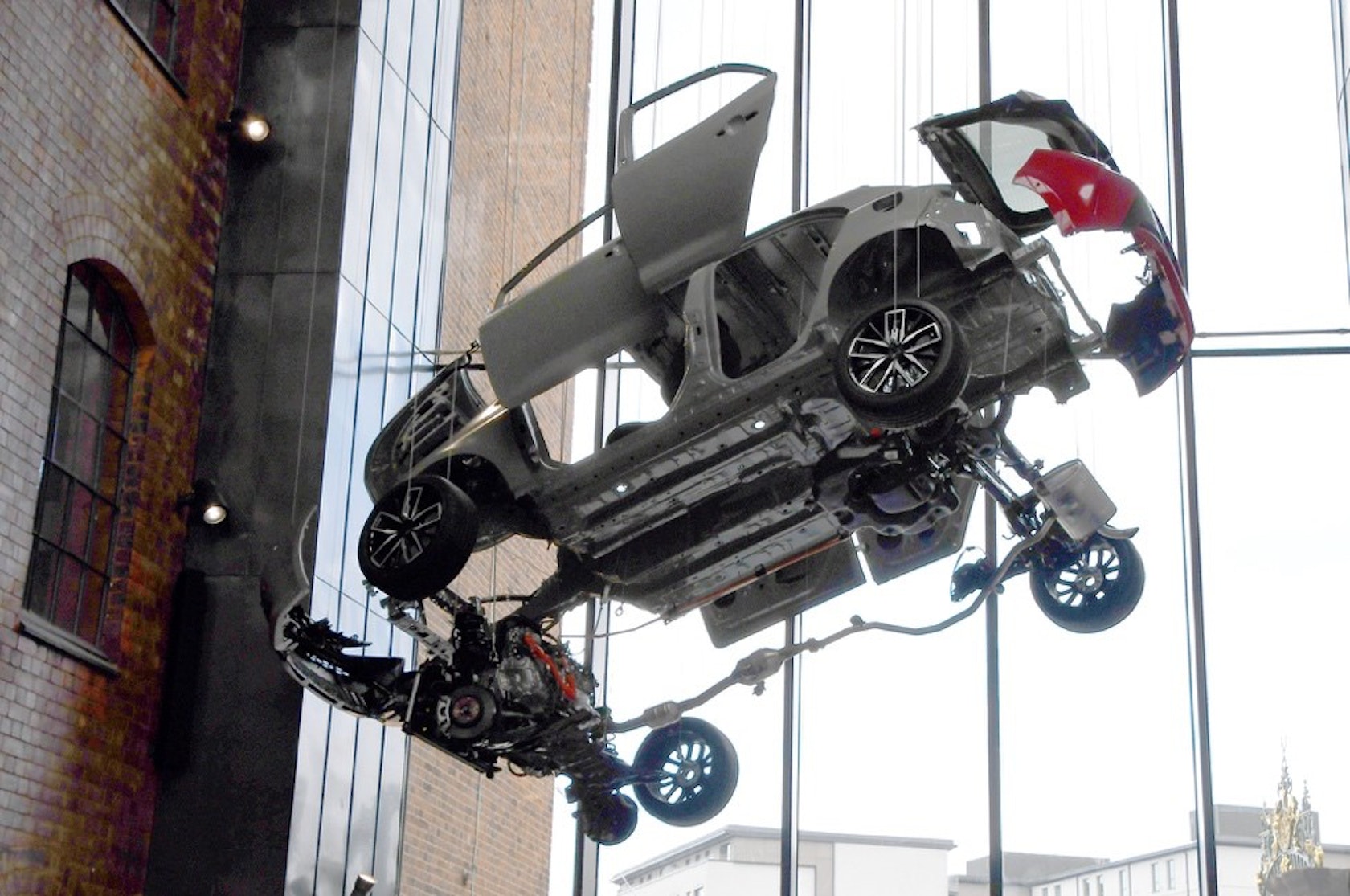 The museum was developed and completed, thanks to major funding from The National Lottery Heritage Fund (£10,695,000), as well as investment from Arts Council England (£2,739,000) D2N2 Local Enterprise Partnership (£3,700,000). Significant support has also been received from Derby City Council, Rolls-Royce and a range of charitable trusts and foundations.

The official opening will be marked by a special performance of Chorus by award-winning artist and British composer Ray Lee, across from the Museum of Making on Cathedral Green. The performance consists of a monumental installation of giant kinetic sculptures with movement and music combining to create a hypnotic and harmonious experience for the audience. Chorus will also be available for people to see numerous times over the weekend as part of Festé, Derby’s premiere arts festival, with the first public performance at 8pm on Friday. This year’s programme features a host of world-acclaimed and exciting up and coming UK and international artists who will bring the city centre streets to life, with contemporary and unique music, dance and street theatre performances.

To mark this special occasion the Museum of Making and the Museum and Art Gallery will also both be open late on Friday night for people to come and enjoy all they have to offer in a relaxed and different atmosphere. At the Museum of Making you can join us to create your own limited-edition print and enjoy a range of making activities and demonstrations while at the Museum and Art Gallery you can enjoy music and drinks in the unique surroundings of our collections.

Since it opened in May the Museum of Making has welcomed over 30,000 visitors through its doors and the Derby Museums team has been delighted by feedback from those who have enjoyed getting a greater understanding of 300 years of manufacturing in the region through the stories of the people and industries of Derby. It has also won some industry awards, recognising the unique building and recent re-design of this world-class new visitor attraction.

However, the Museum is not static and will be adding to its collections and activities over the coming months and years. In fact, even those who visited in the early days may not have seen the amazing Toyota Corolla car that is now suspended above the entrance of the Civic Hall, giving visitors a glimpse into the engineering excellence that goes into such a vehicle, and for which Derby is renowned. As well as this floating, ‘exploded’ view of a new Corolla with components in a position relative to where they would normally be fixed, visitors can also learn about the history of the Burnaston plant where it is manufactured, along with stories from individuals working across the production teams. Find out more here:

Tim Freeman, Deputy Managing Director from Toyota Motor Manufacturing (UK) said: “We were delighted when the Museum of Making asked us to work with them on an exhibit to demonstrate how far manufacturing has come since the first industrial revolution. As one of the county’s foremost employers for almost 30 years, it also gave us the opportunity to highlight some of our employees’ involvement in the manufacturing process.  With our site being located only seven miles from the Museum, it was an opportunity that was too good to miss.

“It took more than 15 months to complete and was a collaborative effort from numerous teams, both in the UK and abroad and we feel honored to be able to showcase our engineering expertise in this dramatic way alongside other engineering and manufacturing excellence on display at the Museum of Making.”

As well as telling the stories of Derby’s impressive past, the beating heart of the museum is a new workshop full of specialist equipment and skilled staff who are on hand to support modern makers. This is now fully open as in May it wasn’t able to welcome as many people as planned due to Covid restrictions. Now, those with a passion for making can get creative and use the incredible facilities in the workshop.

Tony Butler, Executive Director, Derby Museums said: “Since we opened our doors in May we have been delighted to welcome so many people to this magnificently reimagined and repurposed building that was once the site of the world’s first modern factory. I would like to thank everyone who has made it possible and for those that have supported us to make it happen, including the many visitors who are now coming through the doors and bringing the building and the objects to life.”

“What we are particularly pleased about is that so many visitors have also shared their own stories with us. The content for the museum was shaped by the people and industries of Derby and it is great that we have are continually adding to that from the stories we hear from our visitors.”

“It is also exciting to see so many people using the fantastic facilities we have in our workshop and people getting stuck into making their own creations – from small businesses and professionals to those who just have the making bug and want to have a go. This museum is for everyone and it will continue to evolve over the coming years as it beds in as part of the city, something we want to foster and that is why we are delighted to have a performance from Festé as part of our official opening.”

Anne Jenkins, Director, England Midlands and East, The National Lottery Heritage Fund said: “It is wonderful that, thanks to National Lottery players, we have been able to support Derby Museums in transforming what is widely regarded as the world’s first modern factory into an inclusive, 21st Century heritage destination.”

“We’re delighted to see so many people visiting the museum and exploring the rich and diverse range of heritage on offer. We know that heritage can play a huge role in bringing people together and creating a sense of pride in people’s hometowns and cities, as well helping to boost the local economy and drive further regeneration in the Derby area.”

David Williams, Deputy Chair of the D2N2 LEP said: “We are delighted the Museum of Making is already proving hugely popular with visitors showcasing our region’s 300-year history of making and celebrating our spirit of innovation.”

“We’re pleased to be supporting and investing in the Museum to inspire and support the next generation of ‘makers’ and our collective ambitions to support the regeneration and growth of Derby city centre and our region’s economy.”

Peter Knott, Midlands Area Director for Arts Council England, said: “We’re really proud to have supported the new Museum of Making over the years – from planning right through to completion, and it’s exciting to see it evolving and developing its vast collections.”

“It’s also great to see this innovative new museum welcoming so many visitors from across the country to explore and celebrate Derby’s rich industrial legacy – from delving into its extensive collections to making and creating in live workshops.”

The Duke of Devonshire KCVO, CBE and Patron of Derby Museums, said: “I am so proud to be opening Derby’s new Museum of Making. This ground-breaking attraction and place of wonder will quickly become a much loved and much visited destination.”

“Its creation is a huge addition to the city and county’s cultural offer and it will reinforce Derby’s history reputation as the nation’s cradle of innovation.”

The Museum has already been recognised for its achievements in the Constructing Excellence Awards (East Midlands) where it scooped five awards including Building Project of the Year, Conservation and Regeneration Award, Innovation Award, People Development Award and Winner of Winners Award, the project will now go on to the National Awards.  Most recently the Museum of Making won the Project of the Year (under £20m) in the Construction News Awards: https://www.constructionnews.co.uk/buildings/project-of-the-year-under-20m-winner-2-15-09-2021. The popular River Kitchen is also a finalist in the Marketing Derby Food and Drink Awards as Best Café 2021.

Entry to the museum is free (with the exception of special exhibitions).

Click here to find out more and to plan a visit to the Museum of Making. 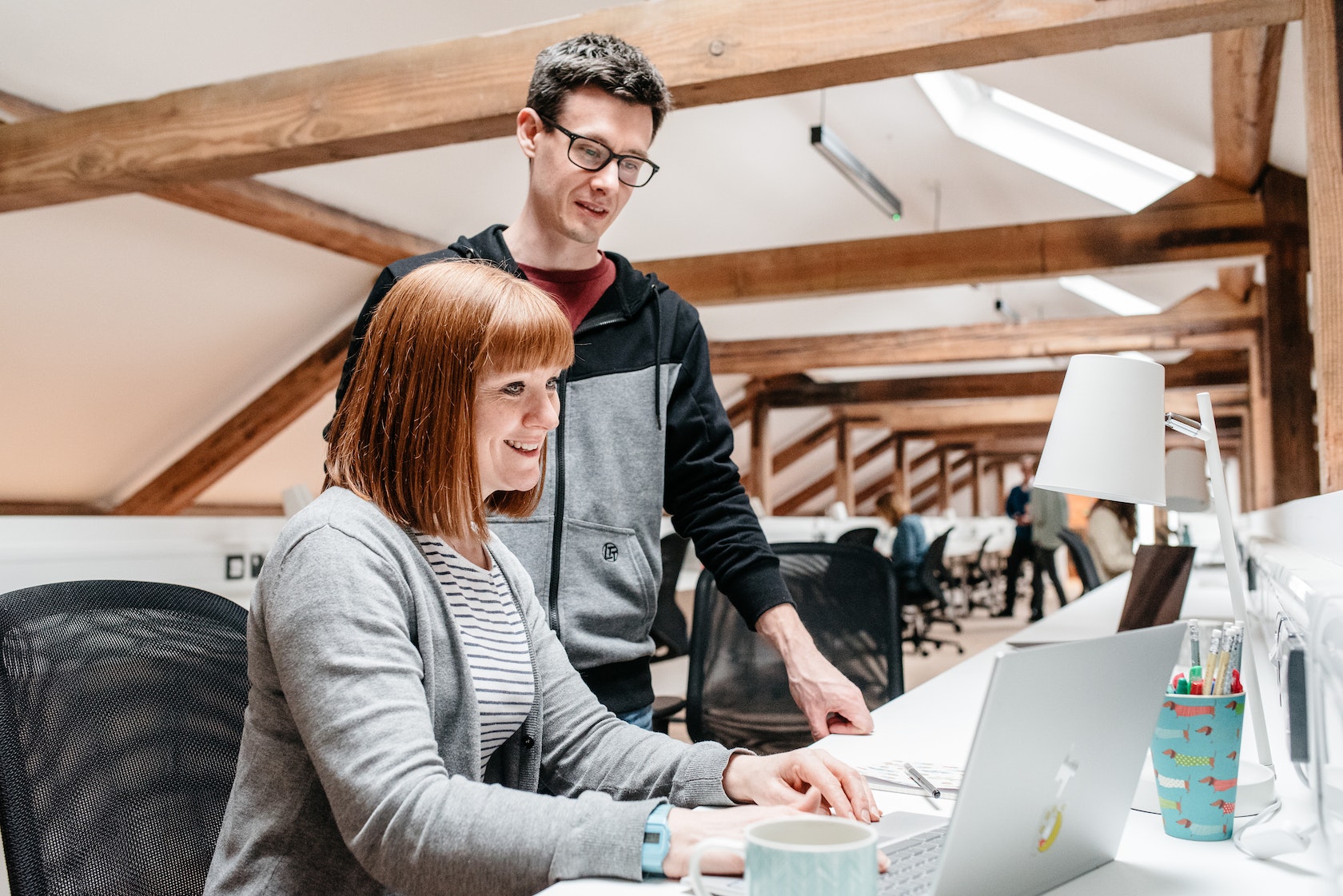 Become a Member of the Museum of Making