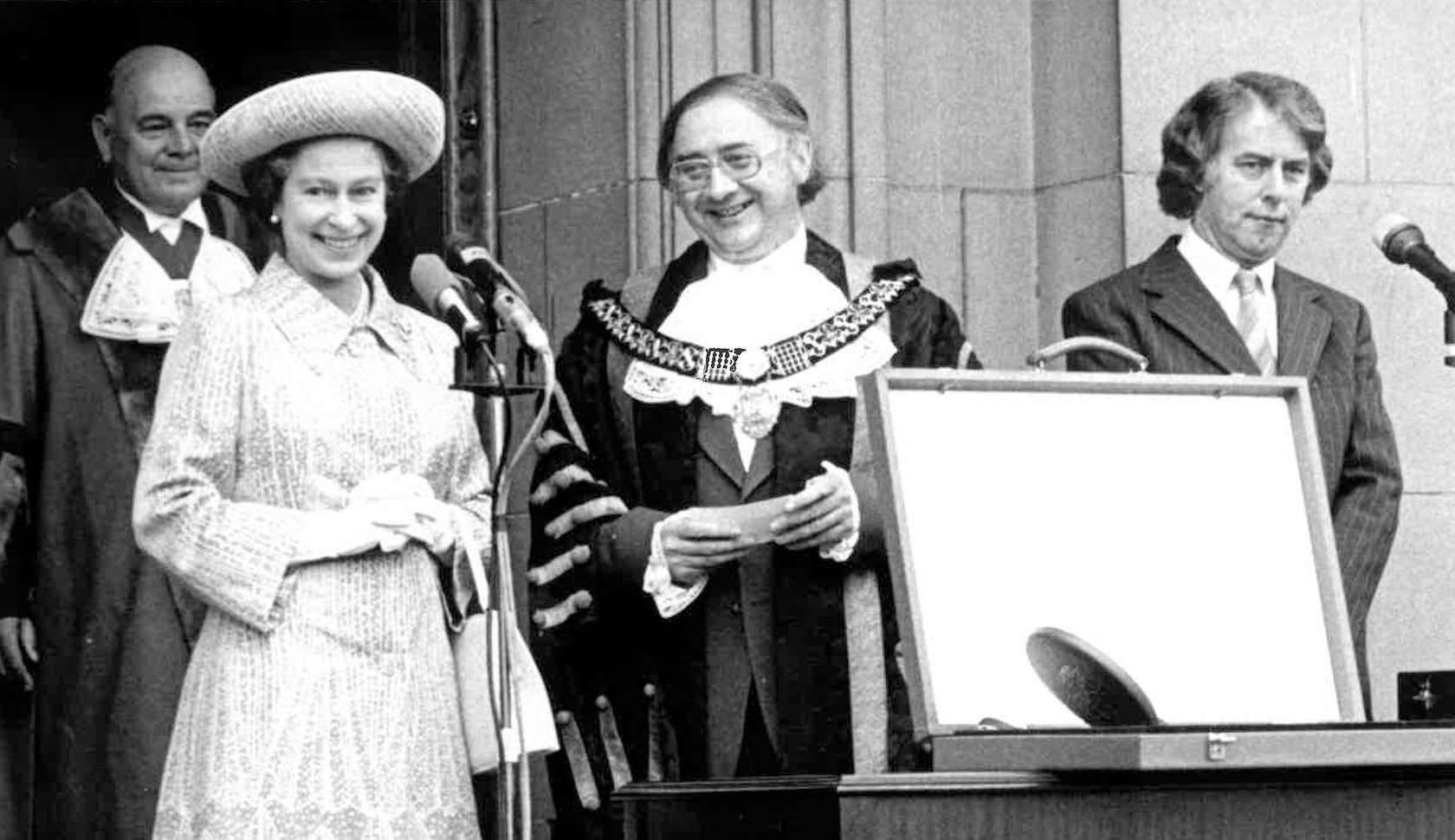 Derby Museums is deeply saddened by the passing of Her Majesty, Queen Elizabeth II.

We send our condolences to the Royal Family.

In 1977 Her Majesty visited Derby to officially grant city status. In this photograph from our collection, Her Majesty is handing the City Charter, or Letters Patent, to then Mayor of Derby Jeffery Tillett. Derby was the tenth town in the twentieth century to be given city status, and the only one to be given the honour as part of the Silver Jubilee celebrations.

Derby Museums will remain open as normal. All museum sites will be closed on the day of Her Majesty’s funeral.